Get me outta here!

I like to read two types of books. First, fiction books, such as action, adventure, crime, thriller and romance novels, with a captivating story that fuels my imagination. Second, non-fiction books, especially self-help books and biographies, which I read to reflect on and improve myself.

I started reading the book “So Good They Can’t Ignore You” by Cal Newport. It is a non-fiction book that says don’t follow your passion but let passion follow you in your quest to become so good that they can’t ignore you. I agree as well that passion alone is not enough to make it a career. To make a career out of passion, you also need to develop rare and valuable skills, also termed as career capitals in this book. When you gain the right skills and become so good at what you do, satisfaction and confidence follow. It is true to some extent that passion is a side effect of mastery. Being good at work makes you feel good. It is hard to develop passion for something that you spend so much effort and time in but not getting good at it. Instead, it can be frustrating and demotivating even if you are doing something you are passionate about. Nonetheless, mastery itself also does not guarantee happiness at work.

In order to feel motivated at work whether or not it is something you are passionate of, you need to feel that you are good at what you do (competence); have control over your day and feel that your actions are important (autonomy); feel connected to other people (relatedness). Besides, great work fuels your creativity, has an impact larger than self, plus you have control of what you do and how you do it. Control and mission are two important traits to acquire with your career capital when creating the work you love. People who love their work can often relate to these traits. Most importantly, in order to get so good at what you do, the book emphasises on deliberate practice where you deliberately stretch your abilities beyond where you are comfortable while also receiving immediate feedback on your performance. Cal also stressed on taking little bets in exploring and taking small steps that propel you towards a good direction. Lastly, he introduced the law of remarkability which says to get a compelling mission-driven career, it must compel people to remark about it to others using a venue that supports such remarking.

When I read this book, I reflected on my work and it resonates with me. I have full autonomy over how I want to spend my day. I believe that my actions in doing this research are important in producing meaningful work and an original contribution to knowledge. I sure hope that findings from my research can be applied in the conservation scene. Nonetheless, I sometimes feel a lack of motivation. It is common for PhD students to feel incompetent. Sometimes I do not know what I am doing and I wonder if I have what it takes to complete this. It is hard to feel competent when I have to keep revising my writing, not knowing when it will be good enough for submission. Furthermore, PhD students mostly work alone, having few, or sometimes no other people on their project, which can lead to the feeling of isolation. Everyone is doing independent work and nobody can help me write my thesis but myself. Looking at it from a different perspective, what I am doing is deliberate practice. Spending hours reading, writing, rewriting, revising, editing feels like a never-ending loop. It certainly does not feel comfortable. But I get constructive feedback on each draft and hopefully the revised draft is an improvement of the previous draft. So, on a positive note, I am deliberately practising to getting good at this. And as Cal says, be patient as it takes time and practice to be so good at something.

This book says following your passion is a bad advice. For me, it works both ways. Surely not everyone starts off with knowing what their passion is until they start exploring. Many people often stumble into a profession and end up loving what they do where their passion for work increase along with their expertise. There are also those who pursue their passion and continue to be better at making a career out of their passion. Either way, it is about getting so good at what you love to do, whether passion comes before or after expertise. It is not just to love what you do and do what you love, but to make it a compelling career.

“It’s not what you will get out of the books that is so enriching – it is what the books will get out of you that will ultimately change your life”.  I read the book “The Monk Who Sold His Ferrari” by Robin S. Sharma many years ago and today out of the blue, there is an urge to read this book. Although I flipped through the same book, what the book got out of me this time is not the same as the last time.

Since I decided to further my studies, I worry constantly whether or not I can manage both my studies and the turtle project. This feeling has consumed me slowly, bit by bit. Every time when I am not working, I feel the need to study. If I do not do so, I feel guilty. Eventually the guilt builds up in me. I think what really tires me is that I do not have peace of mind because I worry all the time and do more than one thing at a time.

The mind focuses only one thing at any one time. I have experienced times when my mind is fully occupied on only what was in front of me and I do not have time to think of anything else except for what I am doing in that moment. The feeling of having total focus to do one thing in that very moment where everything else does not count is probably the moment I feel the most peaceful as well. I like to do snorkel survey as all I focus in is looking for sea turtles and my mind does not wander off thinking about the data I have to analyse, the report I need to write, the laundry I need do, the journal I have to read, etc. All that matters is continue snorkel and look for sea turtles. It sounds silly but I find joy in doing it, not entirely because it is fun but it is something I love doing and my mind is at peace.

This time reading the book, it taught me to feed positive thoughts into the mind and to learn to live in the NOW! I have probably never always lived in the moment. Sometimes I dwell in the past and most of the time I daydream, dreaming of being elsewhere or doing something else, rather than savour the moments now. However, the mind can be cultivated to learn to live in the present.

We lose ourselves in book, we find ourselves there too. When I open and read this book again in the future, I may find what I will be looking for then. As Garrison Keillor quotes “a book is a gift you can open again and again”.

I have read Reader’s Digest since I was young. I do not live at home anymore but I still come back to my hometown every year. Due to the nature of my work, I get to be home for about 1 month each year. My mum continues to subscribe to Reader’s Digest until today and after reading it, she will leave them for me. I have a collection of past Reader’s Digest on my shelves which I occasionally pick up to read when I am home. I even asked my mum if Reader’s Digest have a service for readers to return the magazines for recycling. She didn’t know.

Today, as I was reading page by page, I finally came upon my favourite section – Laughter, the best medicine. I still remember as a kid, I would always read this first. As I was enjoying the jokes and laughing silently in my head, I wonder if a joke may end up being published twice. Is there someone at Reader’s Digest whose work is to read and keep track of the jokes published? I thought what a wonderful work to be reading jokes every day. However, based on my experience reading journals, it is not easy to trace back a statement or sentences I remember reading among a pile of journal papers. It must be time consuming to go through every past month’s issues to check if a joke has been published previously.

A bank was held up four days in a row, every time by the same robber. After the fourth raid, the police asked the bank manager to describe him. “Well,” said the manager, “On each occasion, he was a little better dressed.” RON DENTINGER

I put down the magazine after finished reading and randomly pulled out another magazine. When I reached the page for Laughter, the best medicine, what a joke and coincidence that I read the same joke again! I knew I definitely just read this joke. I quickly looked for the last magazine I just put back not long ago and started turning the pages looking for Laughter, the best medicine. Once I found the page, true enough, it was the same joke. I wanted to know how far apart were these two magazine published that the same joke was printed twice. To my surprise, it was just 2 months apart. The first magazine I read was March 2008 and the second one I picked up was January 2008.

Maybe someone should be hired to read and remember all the jokes from Reader’s Digest. Or even better, if a lucky reader like Ron Dentinger whose joke was published twice, was paid twice! As I was typing this, my Mum came in, she said “Ling, you asked if Reader’s Digest recycle their magazines, they do recycle articles.” I actually paused a few seconds to understand the meaning behind her words and I finally understood she meant that an article might be printed again in later issue. I just find it bizarre that the same thing crossed our minds at the same time! We had a good laugh about it anyway! Whether or not a joke is published more than once, Reader’s Digest is a magazine that I grew up reading where my Mum and I would share about the stories and jokes we read. Today, it still is the magazine we both enjoy reading.

I wasn’t feeling that well yesterday night and lately I felt like my energy has been sucked out of me. I actually feel exhausted but with new volunteers coming in every week, there’s no excuse to be tired. My appetite came back when we went over to Kak Ani’s house for Malay dinner. She cooked Masi Minyak and it was delicious. I thought I wouldn’t feel like eating but I had a second scooping. It wasn’t until later at night that I remembered the Star reporter who arrived today gave me a parcel from a past volunteer, Gim Ean. I opened it up and to my surprise, there was a book! I felt really touched that she actually prepared gifts for the kids and me! It definitely has brightened up my day! Nothing matters more than knowing whatever we do here actually make an impact, be it small or big. Volunteers who came had a great time doing community and conservation work. Hopefully with the knowledge and experience they gained here, they can spread the words around so that more people actually travel responsibly! 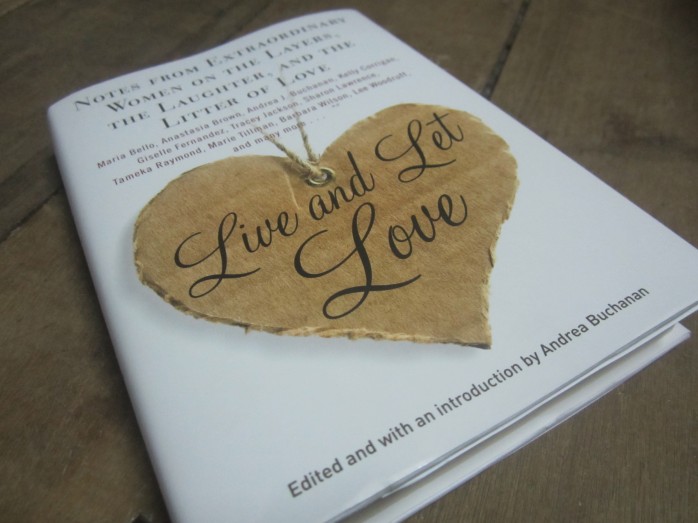 A gift from Gim Ean! 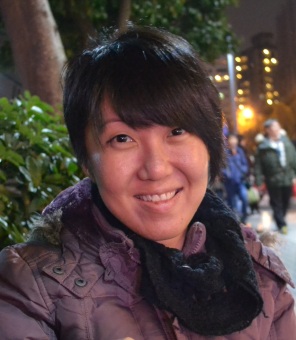 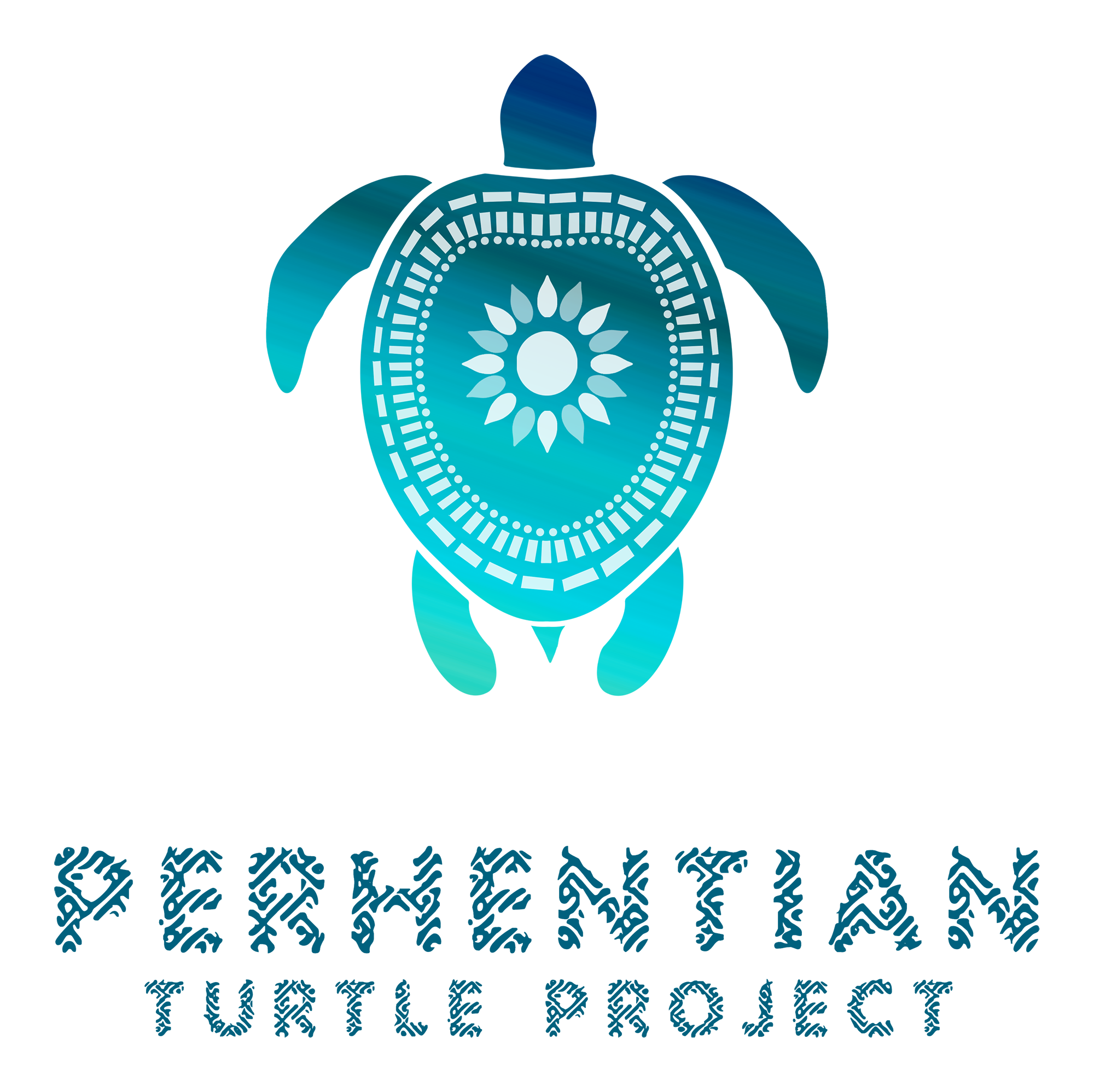